The Foundations Collection is an opportunity to get back to basics for one amazing price. It includes all the fundamental Sample Fuzz Audio packs to-date, highlighting the main arsenal of my stringed instruments: 1978 Precision Fender Bass, 1950sKay UprightBass, Silvertone 1448 Palm Mute Guitar, and the newest 1967 GalantiFuzz Guitar. These four packs are at the heart and soul of why I have felt inspired to create music for so many years, and by adding these packs to your arsenal of production, you’ll add a new layer of inspiration and creativity.

Upgrade your beats with over 3 giga-bytes of tones, one-shot samples, loops, FX, and much more.

When I first discovered the Galanti guitar, I was in heaven. It was during the Odd Soul sessions in Los Angeles that I came across one; the thing played like butter! It was so smooth but yet it had a real bite and aggressiveness to it that just inspired so many sessions with Mutemath. Thanks to the co-producer of Odd Soul Julian Raymond, who lent us a number of amazing guitars, amps, and pedals while making that album, I got into discovering the late 60s lesser know Italian brands of guitars, which were knock offs of hard-to-find Fenders and Gibsons of that era. After completing the album, I rushed out and bought myself a 1967 Galanti Grand Prix 3003. This is the guitar featured in this pack, along with a number of fuzz pedals.

The Galanti and a fuzz pedal just go “hand-in-hand”. The Galanti has so much character, especially with gnarly/in-your-face guitar parts, that when you add fuzz to it, the guitar just screams inspiration. You’ll hear it in this pack.

To record these sessions, I used a VOX AC-30 as the amp, along with a basic Shure 57 as a microphone into an 512c API preamp into an UAD Apollo interface.

THE RUSSIAN: My 90s Big Muff has been with me for a long time. It’s the first fuzz pedal I owned (which I bought for bass), and to my ear, it’s how fuzz should sound, especially on bass. Out of all the fuzz pedals I tried at the time, I was the one that my bass reacted best to, in my opinion. It’s beefy and great sustain. With the Galanti, it’s magic. In the pack, there are three different folders: FX, Grooves, and One Shots. The grooves folder contains a slew of riffs at 10 different BPMs and keys signatures; the FX has a number of freaky and exotic sounds to sprinkle in your tracks; and the one-shots folder has three octaves of every note played on the Galanti to build your own patches. The sound of this pack will inspire you to create more beats and write more songs!

JHS MINI FOOT FUZZ: I’ve been a fan of JHS pedals for a long time, and their mini foot fuzz is my favorite fuzz pedal they make. It’s rich in tone, and when combined with the Galanti, it sings. Also in this pack, there are three complete folders of grooves (ranging from 70 to 120 BPM and many different key signatures), one-shots of many chords, and FX.

DIRECT FUZZ: The Beatles’ “Revolution” and Led Zeppelin’s “Black Dog” are two famous songs that have that direct fuzz sound. That’s what I was going for with this portion of the pack, and it’s nasty with the Galanti! Same as with the other fuzz pedals, there are lots of grooves and FX loops in this part of the pack.

VARIETY FUZZ PEDALS: To top off the pack, I recorded a few more loops and FX featuring fuzz pedals in my collection that I love. They are:

*All the samples in this pack are at 48kHz/24bit rates.

Recorded with my 1950s Kay upright with D’Addario Helicore strings. A New Orleans luthier named Sal helped me rig a P-Bass pickup at the end of the upright’s fingerboard, which really helps me get my live upright sound.

After being destroyed in the 2010 Nashville flood, I thought I’d never play my 1952 Kay Upright bass again. It was a mess: busted at the seams; warped and bowed in all the wrong places; covered in mold inside and out; electronics ruined; etc. But finally, in 2014, it was completely restored and so was my faith. I started woodshedding again and found a new inspiration in this bass and it’s now Cumberland funk riddled self. Welcome to a rebirth: SF’50 K-UPRIGHT.

This pack contains 140 unique loops ranging from 65-205 bpm, including clean and amp lines.

Recorded with my mocha 1978 Precision Fender electric bass (using Ernie Ball flatwound strings). This library is truly the flagship pack for Sample Fuzz Audio because it is full of vibey tones and gritty inspiration to help you compose, produce, or just plain jam with.

one-shots of every note on my p-bass (including varieties of finger, pick, legato, staccato, amp, clean, etc.) to build your own sample instruments;

A special section with an extra 49 loops of fully effected loops; what I like to call INSPIRATO!

As an example, this pack was used in creating this Discover Student Loans video, for commercial use. 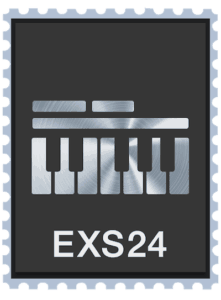 The palm mute style of guitar has always intrigued me. From the age of 7, I started using the technique on guitar to play rock/metal riffs, but it was really using the technique on bass later as a teenager that I learned how to groove with it (aka, my humble attempt trying to emulate Carol Kaye and James Jamerson).

So, when the time came for me to contribute more guitar playing to MUTEMATH on our third album ODD SOUL, I wanted to do something unique for the band’s guitar sound and put my own spin on this technique on guitar. This palm mute style naturally fit. My bass playing not only influenced this sound but I was also listening to lots of Afrobeat, Highlife, and Bachata music.

Now, this style lends itself to certain types of guitars. During recording ODD SOUL, I used a 70s Tele Deluxe mostly for this sound, but on one occasion, I had the chance to use a Silvertone 1448 as well. When I heard that guitar, I knew I had to get my own 1448. Finally, when I bought my own vintage Silvertone 1448 guitar (the famous amp-in-case model), it needed some work but this guitar I purchased, in particular, had an extremely plucky and poppy tone that made the style sing a bit more. On MUTEMATH’s fourth album VITALS, the 1448 and later model the 1457 (which Darren owned) were almost exclusively used for this palm mute vibe.

The SF’1448 PALM MUTE GUITARS library is all about getting these stylistic grooves into your hands to create and produce your own music with.

I used two amps on this library: a ROLAND JC-40 and a VOX AC-30. And, I used a large assortment of pedals and echoes. But overall, this vibe is a clean, plucky tone with reverb. I hope you enjoy it and are inspired by it. Happy music making!

No products in the cart.

We'll get back with you as soon as we can.

Please Use the form below

Please Use the form below

We'll get back with you as soon as we can.